Victoria Hoffman
“Get that thing away from me before I stick it in your eye socket and sew it to your brain!”

Elka Doom is one of the campers at Whispering Rock Psychic Summer Camp in Psychonauts. She is voiced by Victoria Hoffman.

Elka's sole interest is boys, and when she breaks up with Nils Lutefisk, she immediately gets together with J.T. on the rebound. This means war between her and J.T.'s best friend Chops over his attention.

Right before the start of Basic Braining, if Razputin Aquato goes to talk to Elka, J.T., and Chops talking next to one of the Kids' Cabins, they ignore him and hurry to Oleander's class, where they can be seen awkwardly hanging from a trapeze together before plummeting down.

Later, Elka is outside the GPC, talking to Dogen Boole about Nils and how she misses him, before quickly covering that fact up by talking about how great J.T. is. Dogen clearly isn't paying attention in the slightest.

Before going to Milla's Dance Party she can be found arguing with Nils outside the GPC.

Near nightfall, she outright tells Chops he should back off, as she considers J.T. to be solely hers. Meanwhile, J.T. is overhearing their conversation around a corner, starting to feel guilty about his treatment of his friend Chops.

After rebraining Elka and Nils, they get back together and hold hands outside the Main Lodge. Elka tells Raz he should leave them, as they clearly want to be alone.

Another concept art for Elka.

Elka's official render.
Add a photo to this gallery 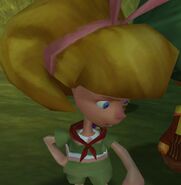 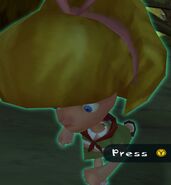 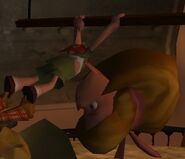 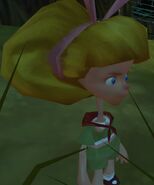 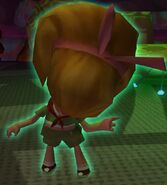 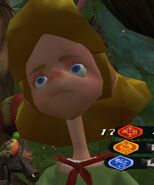 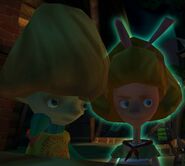 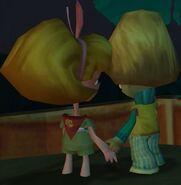 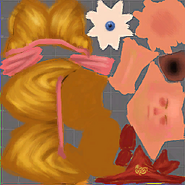 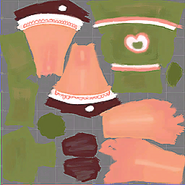 texture sheet of Elka's body
Add a photo to this gallery

Using clairvoyance on Elka
Add a photo to this gallery
Retrieved from "https://psychonauts.fandom.com/wiki/Elka_Doom?oldid=28197"
Community content is available under CC-BY-SA unless otherwise noted.