James Theodore Hoofburger is one of the campers at Whispering Rock Psychic Summer Camp. He enjoys acting like a cowboy and uses old-fashioned western sayings. His best friend is Chops, with whom he likes to play music, and his ex-girlfriend is Elka Doom.

J.T. wears a yellowish gray cowboy hat with an orange bow and an orange banana. He also wears the standard Whispering Rock Camp Tee shirt over brown pants with large cuffs. He sports brown cowboy boots and a plaid orange undershirt. He has yellow skin, brown eyes, and an orange nose. His head is shaped like a square. He has four fingers on each hand.

Before the start of Basic Braining in Psychonauts, J.T., Elka, and Chops can be seen chatting next to one of the Kids' Cabins. If Raz attempts to speak to them, they ignore him and hurry to Coach Oleander's class. Raz next meets them inside the Coach's mind awkwardly hanging from a trapeze together before losing their grip and plummeting down.

Afterwards, J.T. can be seen outside the GPC, accompanying Chops's guitar with his harmonica. The two warn Raz of the dangers of Sasha Nein's advanced training. Later on he resides outside the Main Lodge shooting targets with his PSI Blast. Near nightfall, J.T. eavesdrops on a conversation between Elka and Chops in which she warns Chops to back off from her boyfriend, because she wants him all to herself.

If Raz J.T. to warn him about the brain monster, J.T. says he has some thinking to do about his best friend and his girlfriend.

After rebraining him, J.T. wises up and vows to spend more time with Chops (Elka has gotten back together with Nils Lutefisk). They guard the Kids' Cabins together during the night.

James' render.
Add a photo to this gallery 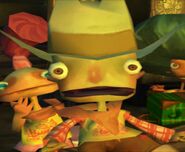 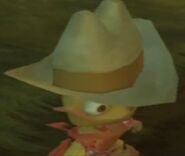 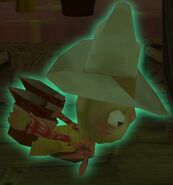 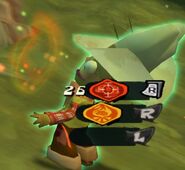 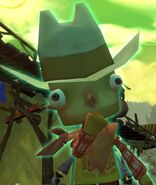 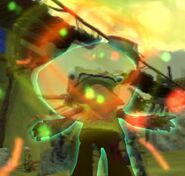 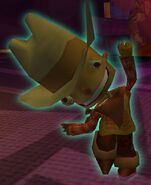 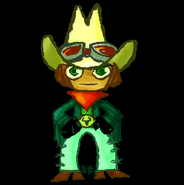 Photo of J.T. from his Campster page 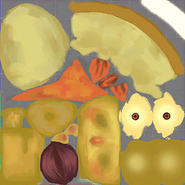 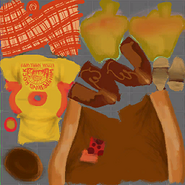 texture sheet of J.T.'s body.
Add a photo to this gallery
Retrieved from "https://psychonauts.fandom.com/wiki/J._T._Hoofburger?oldid=28281"
Community content is available under CC-BY-SA unless otherwise noted.