This article features content that will be introduced or featured in Psychonauts 2 announced for release on August 25th, 2021. As such, this may refer to content that may be changed or removed in the to be released version of the game.

Nicki Rapp
“I'm gonna kill you so much.”

Lili is a powerful psychic and serial truant who would rather garden than go to class. She is the daughter of the Grand Head of the Psychonauts, and veteran at Whispering Rock Psychic summer camp. She is currently stationed at the Motherlobe.

Lili is aloof, standoffish and doesn't let anyone get in her way, being a go-getting girl at heart. She loves plants and animals. Her once dwindled excitement for the Psychonauts was rekindled with the appearance of Razputin, who she fell for almost immediately. She does have a temper at times.

Lili has cream colored skin, brown eyes, black eyeliner, and red hair styled into two long ponytails. She has four fingers on each hand. She is four feet and one inch tall. Her outfit is the same in Psychonauts and in Psychonauts in the Rhombus of Ruin - black fingerless gloves, a pink skirt, thick red socks, black combat boots, and a red and green shirt with a diamond pattern. She changes her outfit in Psychonauts 2. Her new outfit is a purple and pink dress with a diamond pattern, blue jeans, fuzzy pink bracelets, purple fingerless gloves, a black leather jacket, and black combat boots.

“Lili has already passed every psychic test at camp, run every course, won every Merit Badge, and now... she's over it. She's over camp, over the Psychonauts, over the whole thing. Or, at least she was until the day Raz came to camp. Now she finds herself wrapped up in his excitement, caught up in a mystery and caring about being a Psychonaut for the first time in a long while.”

As the daughter of the Grand Head of the Psychonauts, Lili is a naturally gifted psychic and has earned every merit badge at Whispering Rock Psychic Summer Camp. She is fond of plants and specializes in herbaphony, preferring to talk to them rather than most of her fellow campers, whom she views as loud and obnoxious. Even so, she sometimes spends time with Melvin "Chops" Sweetwind and Quentin Hedgemouse, and eventually develops romantic feelings for Raz.

When Razputin quite literally drops in on the Coach's speech, Lili is the only one of the campers who appears to be the genuinely interested. However, she subsequently acts very abrasive towards him and acts unimpressed by anything and everything he does. In Basic Braining, she rescues him from falling hard on the ground, but only to protect the odd meat plant he would squashed. She then mentions that she's seen similar meat plants in a nightmare of hers.

After Raz has an odd nightmare-like experience during the Brain Tumbler Experiment, Raz exclaims to Lili that Dogen's brain has been stolen by an insane dentist. She reveals that she has had similar dreams and agrees to meet him by Lake Oblongata at nightfall to figure out what is happening. In the meantime, Lili climbs to the top of a tower at the Kids' Cabins to investigate the sleeping Coach Oleander's mumblings, noting that his mumbles sound like various things she heard during her nightmare.

She later meets Raz by the lake, and they agree that Coach Oleander has hatched a plot to take over the world. Lili is thrilled that something interesting is finally happening at camp and impulsively wants Raz to kiss her, but almost immediately, she is kidnapped by the Hideous Hulking Lungfish of Lake Oblongata and taken to Thorney Towers Home for the Disturbed. Dr. Loboto tries to use a special sneezing powder intended to force her to sneeze out her brain, but she has a cold from being underwater, making the powder useless. Nevertheless, he keeps her hostage at the top of the asylum until he figures out another way to steal her brain.

Eventually, Raz comes to save her, and with the re-brained Sasha and Milla's help, they psi-blast her out of her restraints. Unfortunately, Coach Oleander returns and instigates a fight. As Sasha, Milla, and Ford prepare to battle him, they ignore Raz and Lili's protests and levitate them to the bottom of the tower to keep them safe. With nothing much else to do, they discuss their relationship and share their first kiss just as the Thorney Tower inmates destroy the asylum. Coach Oleander then incapacitates everyone except for Raz, including Lili. Raz then battles Coach Oleander.

Once the dust settles, Raz is promoted to a full-fledged Psychonaut to Lili's shocked delight. Unfortunately, it seems she and Raz will go their separate ways since she lives on the east coast and Raz's family travels around often. Lili attempts to leave to avoid the pain of goodbyes, but Raz pulls her back into one last kiss. Almost immediately, Milla and Sasha inform them that Truman Zanotto has been kidnapped. The team immediately board the jet and set off to rescue him.

Lili helps trace her father's location to the Rhombus of Ruin with the help of her family's Music Box as a Clairvoyance link. Once the jet crashes, she is captured by the Dr. Loboto's fish henchmen and placed as a captive on the sunken bomber. She contracts Psilirium poisoning from the nearby Psilirium deposit and begins reactivating the atom bombs around the plane, believing they're a garden of beautiful flowers she must care for. Raz eventually finds his way to Lili's garden, and finds her softly reciting poetry to one of the bombs she calls "Francis". As Raz searches for a way to cure her of the Psilirium poisoning, he notices the broken music box lying in the food box and uses his psychic powers to repair it, with the help Lili's new pet rat. Lili wakes up from her trance when the music beings to play, and is shocked to find the flowers she was tending to were actually bombs, scolding "Francis" in particular, who was her favorite.

Lili (with Raz guiding her) escapes through the hallway, threatening to burn the fish people around her if they attempt to stop her. She uses Francis to blow up the door, telling the bomb she "accepts him for who he is" and creats a massive hole from which she escapes the bomber. She is briefly chased through a cluttered hallway by a fish guard, but Raz helps her keep it at bay. Lili begrudgingly donates some of her psychic power to Raz afterwards, reasoning that he can do more to help from his position than she can.

Lili reunites with the other agents as the secret base is destroyed, heading into the jet with Raz and Truman's unconscious bodies. Lili stands next to her father as he and Raz both come regain consciousness. Lili, delighted to see her father is okay, excitedly tells him she can't wait to explain something. As she whispers in his ear, Truman juts up from his seat and exclaims "Your -- BOYFRIEND?!" in disbelief, as she had told Truman that Raz was her boyfriend.

Lili Zanotto will appear in Psychonauts 2.

Raz is Lili's boyfriend. She loves him very much. She had eyes for him since the moment he literally dropped into camp, despite her subsequent attempts at being aloof and standoffish. It's also thanks to him that her excitement for the Psychonauts was rekindled.

Truman is Lili's father. They love each other very much. Lili is very protective of her father.

Bob is a relative of Lili. More information will be added upon the release of Psychonauts 2.

Lili doesn't pay much attention to her fellow campers and prefers to be left alone. She views most of them as loud and obnoxious. Most of the campers, however, look up to her.

Milla is Lili's mentor. She is very kind toward Lili and sees her as a child that needs protection.

Coach is Lili's mentor. Coach and Lili were brief enemies during the events of Psychonauts, but their friendship was repaired once Coach was redeemed.

Sasha is Lili's mentor. Like Milla, he sees her as a child that needs protection.

Harold is Lili's pet rat whom she rescued from an abandoned bomber. Lili has a close relationship with Harold.

Mephisto is Lili's pet dog. Not much information is known about Mephisto, as he has never actually appeared in the series.

Lili has a large hatred for Dr. Loboto because of his attempt at kidnapping her father.

Concept art for Gunpowder Garden from Lili's hallucination in Psychonauts in the Rhombus of Ruin by Emily Johnstone.

Lili talking to a meat plant.

Lili next to Raz. 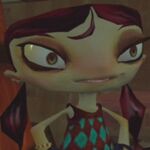 Close up of Lili's eye.

Lili with her hands on her hips.

Lili and Dogen.
Add a photo to this gallery

Lili's Bracelet
Add a photo to this gallery 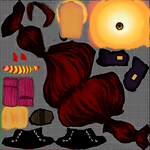 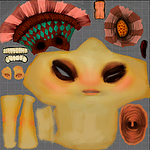 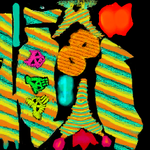 Texture sheet of Lili's bracelet.
Add a photo to this gallery

Lili inside the jet.

Lili, sitting inside the Pelican jet.

Lili in the opening credit of the game.

The psilirium's effects on Lili make her see the fish as deer and the bombs as flowers.

Lili inside the jet.

Lili inside the bomber.

Lili using pyrokinesis.
Add a photo to this gallery 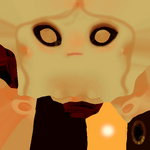 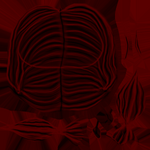 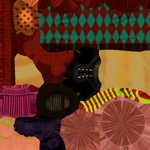 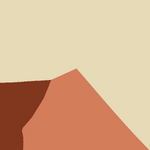 Texture sheet of Lili's teeth.
Add a photo to this gallery 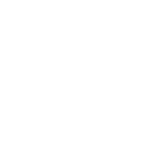 Figment of Lili in the main menu. 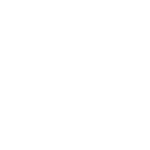 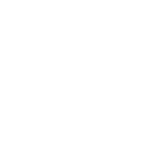 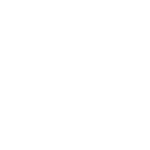 A figment of Lili, kissing Raz.
Add a photo to this gallery

Lili alongside her dad, Truman Zanotto.

Lili inside a painting in Loboto's Mind.

Lili levitating Raz.
Add a photo to this gallery

Lili in an official Doublefine Christmas Card from 2005 by Razmig Mavlian.