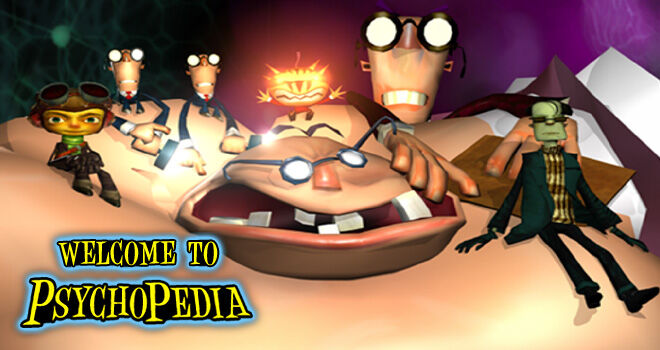 Psychopedia is a collaborative wiki about the Psychonauts series that anyone can edit.
It was created in September 2006 and currently has 435 articles.

Psychonauts follows Razputin, a young boy gifted with psychic abilities who runs away from the circus to try to sneak into a psychic summer camp. His goal is to become a Psychonaut, a secret government spy with psychic abilities. He finds that there is a sinister plot occurring at the camp that only he can stop. The game is centered on exploring the strange and imaginative minds of various characters that Raz encounters as a Psychonaut-in-training/"Psycadet" to help them overcome their fears or memories of their past, so as to gain their help and progress in the game.

This month's amazing fanart is done by Daisy Everfree on the-family-fortune.tumblr.com.

“You were born with a special gift. But the people around you treat it like a curse. Your mother is afraid of you, and your father looks at you with shame in his eyes. Come to Whispering Rock Psychic Summer Camp, and you can show them all. Back home, your powers make you a loner, an outcast, a circus freak. But in this dojo, in this psychic dojo, they make you a hero.”

Whispering Rock Psychic Summer Camp is a remote government training facility where children with psychic powers are trained to become Psychonauts. The camp sits on the shores of Lake Oblongata, opposite the Thorney Towers Home for the Disturbed. It is the main setting of Psychonauts. 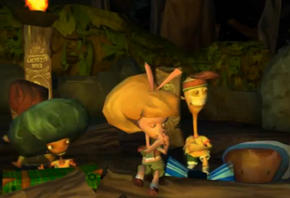 "This looks like a particle collider. Or else a trash compactor."
—Razputin Aquato 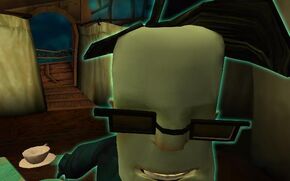 Retrieved from "https://psychonauts.fandom.com/wiki/Main_Page?oldid=36895"
Community content is available under CC-BY-SA unless otherwise noted.