Confusion Grenade ammo capacity
“My memories were bad enough. This is just gross.”

After jumping into the brain tank and having his mind combined with Oleander's, Raz comes across a young Oleander. After a short conversation, Oleander runs into the caravan to chase after his pet rabbit. Raz follows and enters the twisted Meat Circus. Upon entering, it is revealed that Oleander has lost his bunny, and Raz must help in getting it back.

While Oleander runs after his pet rabbit, Raz must protect him from a variety of hostiles such as the Knife Thrower and the Bunny Demon. Eventually, Oleander catches the bunny and flies out of the big top using his pinwheel hat. Raz follows him through the tunnel of love and encounters the Butcher - a large, aggressive, and cannibalistic projection of Oleander's father. After defeating him, Raz is thrown down a hole into a large tent where he meets a projection of Augustus, his own father, a psychopath hellbent on his son's demise. Raz must chase after his father and avoid the water flooding the large tent.

After avoiding the rising water and dodging his father's attacks, Raz reenters the Butcher arena. He must then fight The Butcher and his own father simultaneously. After knocking the Butcher into a giant meat grinder, Raz's real father breaks into his mind, and PSI Blasts the fake father into the same meat grinder. There, the two fathers are ground up to pieces and spit back out as the Two-Headed Dad Monster. After defeating them, Raz and his father are thrown outside the caravan. Young Oleander thanks Raz for saving all the bunnies and for talking to his dad. Raz's mind and Oleander's mind are then separated.

For a detailed tutorial, see the unofficial Psychonauts figment guide. 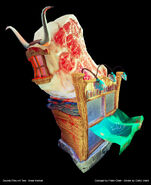 Concept art for the Meat Circus.

Concept art of the Fat Lady. 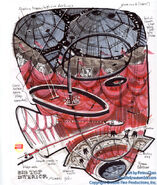 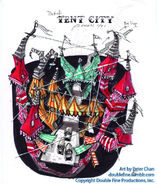 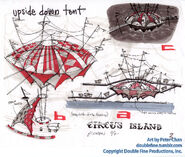 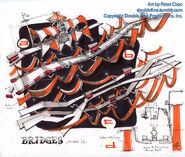 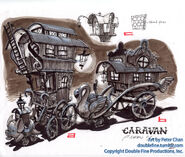 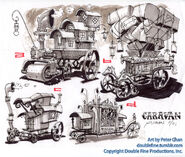 An area in the big top.

A view while sliding down the tunnel of love.

The tunnel of love slide view from below. 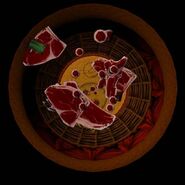 Top view of the tent insides.

Raz about to enter a modified version of the Caravan, with Meat inside of it.

Top view of the tunnel of love.

Bunny poster from the Meat Circus. 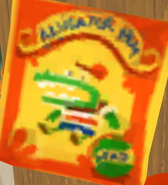 Alligator poster from the Meat Circus.

Lasagna poster from the Meat Circus.

Some meat on a hook. 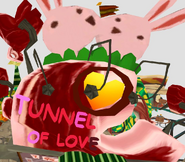 Two rabbits kissing on the Tunnel of Love sign. 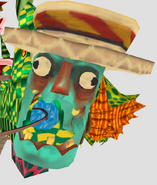 Butch's head on the Tunnel of Love. 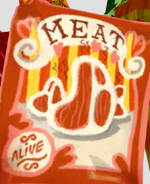 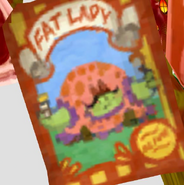 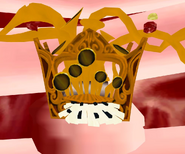 Organ from The Meat Circus.

Outside view of the waterlogged tent. 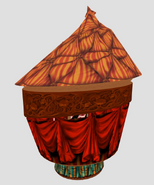 Outside view of the first tent.
Add a photo to this gallery

Doublefine, talking about Meat Circus.
Add a photo to this gallery
Retrieved from "https://psychonauts.fandom.com/wiki/Meat_Circus?oldid=29504"
Community content is available under CC-BY-SA unless otherwise noted.