Ogie Banks
“What's this all about, eh?”

Melvin Sweetwind, nicknamed Chops by his friends, is a ten year old camper at Whispering Rock Psychic Summer Camp in Psychonauts. He is voiced by Ogie Banks.

Hailing from Canada, Chops enjoys playing acoustic guitar alongside his best friend J.T. Hoofburger. Unfortunately, when J.T. starts dating Elka Doom, she keeps him away from Chops because she wants her boyfriend all to herself. Eventually both boys claim to join Phoebe and Quentin's band for a while to escape her, but never actually showed up to any practice sessions.

Chops is first seen outside in the Kids' Cabins area, talking to J.T. and Elka. When Razputin goes to talk to them, they hurry off to Basic Braining, where they can be seen hanging onto one another on a trapeze before falling to their doom.

Later, Chops and J.T. are sitting on a tree trunk near the GPC, playing music together. They warn Razputin about the dangers of Sasha Nein's advanced training, but Raz ignores them. For most of the remainder of the game, Chops is fighting with Elka for J.T.'s attention.

After being rebrained, J.T. finally realizes he has been neglecting his best friend, and they start hanging out again. Luckily, Elka leaves them alone because she is back together with her ex-boyfriend Nils. Chops and J.T. are among the very few campers that want to help Raz against Coach Oleander, but they do so by guarding the Kids' Cabins area at night, which doesn't do much good. 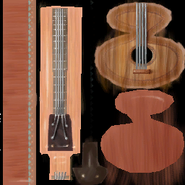 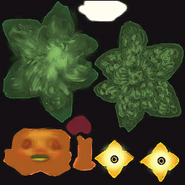 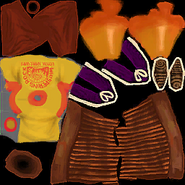 Photo of Chops and J.T. playing hockey found on Chops' Campster page
Add a photo to this gallery
Retrieved from "https://psychonauts.fandom.com/wiki/Melvin_%22Chops%22_Sweetwind?oldid=25517"
Community content is available under CC-BY-SA unless otherwise noted.