“In all my days of whalin', I've never caught one of these!”

Memory Vaults are creatures found in Mental worlds in Psychonauts, Psychonauts: in the Rhombus of Ruin and Psychonauts 2. They contain memories of the character who's mind it resides in. These memories can be truthful or fabricated.

They look like sentient safes with four legs and dog-like ears that run around, attempting to avoid being caught by the player. They slightly resemble running puppies, with their "mouths" being located directly behind their faces. Razputin can open these with a PSI-Punch, making them fall to the ground, unconscious, and causing them to open their faces to reveal their tongue and mouth. Once opened, memories are revealed of the character whose mind the vault is in. Each Mental World has two memory vaults, with the exception of the Meat Circus, which has only one, for a total of nineteen in the game.

In each Mental World, one of the two vaults is generally in Raz's path when playing through the story. The second vault is in a less obvious spot. The combination of these memories provides insight into the backstory of each character.

The memories are viewed in a slideshow of images, as if in a Viewmaster. Once a memory is unlocked, it can be accessed at any time from Raz's Journal.

The Psychonauts Vault Viewer app for iOS provides a way of viewing the memories outside of the game along with developer commentary.

The World Shall Taste my Eggs!

The Big Top
Add a photo to this gallery 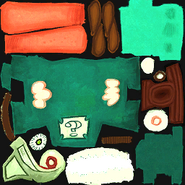 A memory vault in Basic Braining. 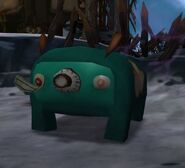 A memory vault in Psychonauts
Add a photo to this gallery 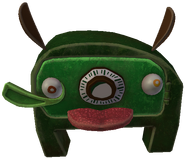 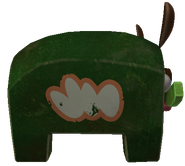 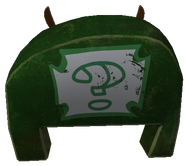 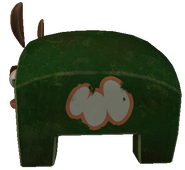 An other side view. 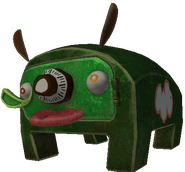 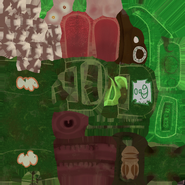 Texture sheet of Memory Vault.
Add a photo to this gallery

Raz climbing out of a memory vault.
Add a photo to this gallery
Retrieved from "https://psychonauts.fandom.com/wiki/Memory_Vaults?oldid=26802"
Community content is available under CC-BY-SA unless otherwise noted.