Golden Helmet
“Go to the graveyard! Dig him up! Oh, you’ll find something all right, but it’s neither man nor milk.”

The Milkman Conspiracy is Boyd Cooper's mental world. It serves as a level in Psychonauts.

Once Raz arrives at the asylum, he is stopped by the locked gate at the entrance. Next to the gate is the security guard, Boy Cooper, who is busy writing conspiracy theories onto the stone walls. Raz asks the guard to open the gate so he save his friends, but Cooper dismisses him, saying, "The Milkman holds the key". Raz, curious on who the "Milkman" is, dives into Cooper's mind using his Psycho-Portal.

After Raz enters Boyd Cooper's mind, he is treated to a twisted version of a suburban neighborhood. Within it, various roads are split with houses down the middle. G-men and Rainbow Squirts populate the area.

After overcoming the various obstacles of the G-Men, Raz encounters the Den Mother, the woman in charge of the Rainbow Squirts, and the Milkman's protector. The G-Men, with enlisted help from the remaining Censors, follow Raz to the Den Mother's hideout in hopes of exterminating the Milkman. Once they arrive, The Den Mother retreats into her basement for safety. Raz follows her into the basement and two battle.

Rise of the Milkman

After the Den Mother's defeat, the Milkman is awoken. A fight breaks out between the Milkman, the censors, and the G-men. The intense face-off knocks Raz out of Boyd's mind and back into the real world. The Milkman wins the fight and takes over Boyd Cooper's body. Both identities struggle for control as the Milkman tries to burn down the asylum.

When navigating Raz through the Milkman Conspiracy, it is mandatory to have Clairvoyance, Telekinesis, and the Cobweb Duster. Raz must sneak past the G-Men who serve as obstacles throughout the course of the area. To disguise himself, Raz must get each item required to blend in with the appropriate disguises of the G-Men, or else he will be interrogated.

Concept Art of the Milkman Conspiracy. 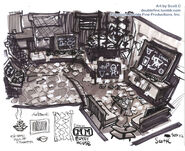 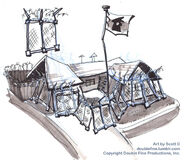 Concept art for Boyd's house.
Add a photo to this gallery

View through the night vision camera.

Raz being followed by a Mailbox.

The staircase in the book depository.

Raz holding the phone next to a bird fountain.

A close up view of the bird fountain.

Three portraits hung on the wall of Boyd's house.

Wanted posters from the mail room.

View of inside part of the mail room. From left to right - A bulletin board, a piano, and a painting of a God's eye. 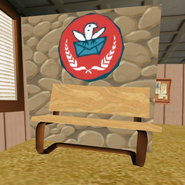 A little waiting area in the mail room.
Add a photo to this gallery

One of the paintings in the suburban houses.

One of the paintings in the suburban neighborhoods.

One of the paintings in the suburban houses. 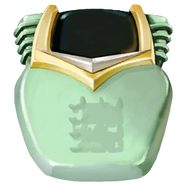 Glow effect for the keypad monitor. 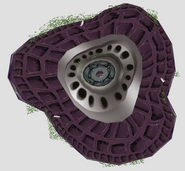 Top view of the outside of the Den Mother's arena. 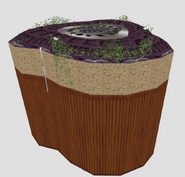 Outside view of the Den Mother's battle arena.

Inside one of the Nightmare rooms in Boyd's mind. 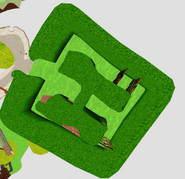 View of the top of the maze. 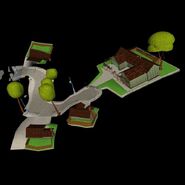 Partial view of the neighborhood.
Add a photo to this gallery

A cut mental figure from the Milkman Conspiracy.
Add a photo to this gallery
Retrieved from "https://psychonauts.fandom.com/wiki/Milkman_Conspiracy?oldid=29485"
Community content is available under CC-BY-SA unless otherwise noted.