Crystal Scales
“Ugh! That has got to be the WORST band name I have ever heard in the history of, ever, of all time, ever!”

Phoebe Love is the outstanding drummer of the band composed of herself and her best friend, Quentin Hedgemouse. She has a generally friendly demeanor, but can sometimes have a short temper.

Phoebe's primary psychic talent is pyrokinesis, although she apparently has had problems controlling it in the past, as evidenced by her aversion to lighters and frightened, paranoid reaction if Razputin tries to set her on fire. This also seems to manifest itself as pyromania (a desire to set things on fire) including the other campers (though she has promised Milla Vodello she would try to counter this urge to the best of her abilities). Yet, even with this urge, she has a mental block against burning Quentin (which, he says, is one reason they're friends).

Sometimes, when she really gets into a drum solo, her pyrokinesis flares up, which is why she would like their band to be called "the Firestarters" so it would seem like part of the act.

Phoebe is first encountered in the Kids' cabins area in Psychonauts, arguing over the band name with Quentin (and ignoring Razputin's proposition of calling it 'The Whispering Rockers"). They don't go to Basic Braining, claiming it's dangerous.

Afterwards, Phoebe and Quentin can always be found in the Main Lodge, practicing their music. After rebraining this is no different, as they believe the world needs music more than ever in an apocalyptic world.

Phoebe's render.
Add a photo to this gallery 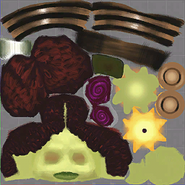 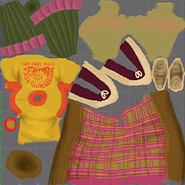 texture sheet for Phoebe's body
Add a photo to this gallery 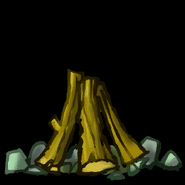 Phoebe's view of Raz via clarivoyance

Phoebe's polaroid photo
Add a photo to this gallery 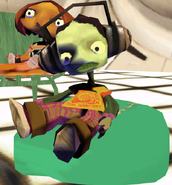 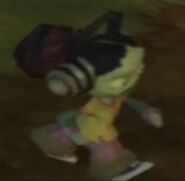 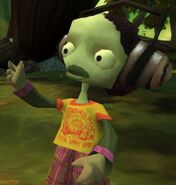 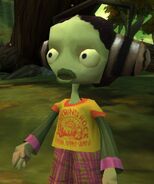 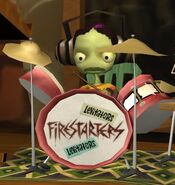 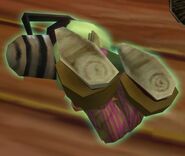 Phoebe and Quentin.
Add a photo to this gallery
Retrieved from "https://psychonauts.fandom.com/wiki/Phoebe_Love?oldid=29492"
Community content is available under CC-BY-SA unless otherwise noted.